New York Comic Con 2022 Concludes with a Success for Ultraman! 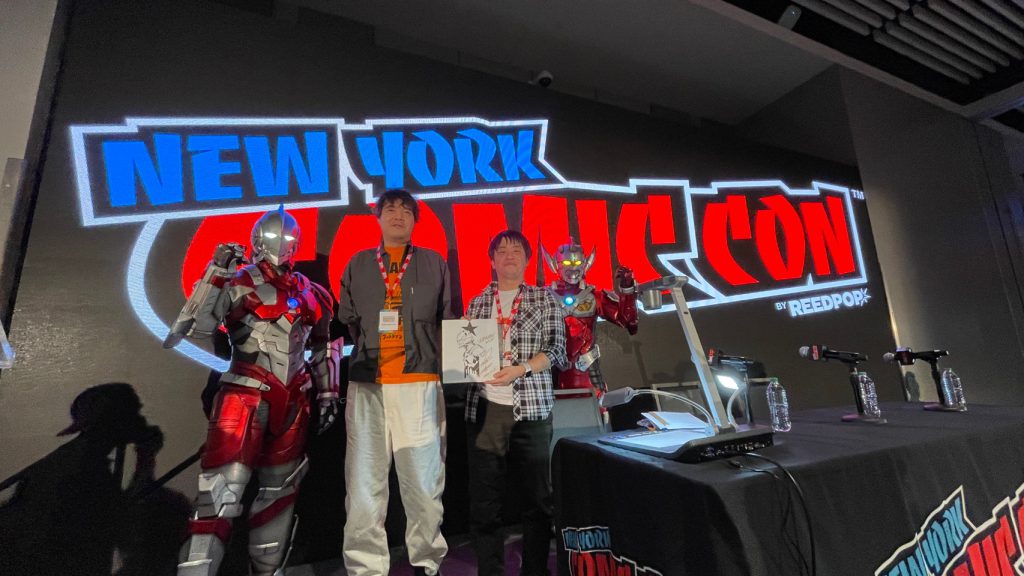 Tsuburaya Productions participated in the New York Comic Con 2022, the largest comic convention on the East Coast, held in New York, USA from October 6th to October 9th. During the event, the creators gathered together and discussed the upcoming global Ultraman titles, revealed the latest news and interacted with the fans from all around the world. Moreover, limited-edition goods were sold, only obtainable at the New York Comic Con 2022. 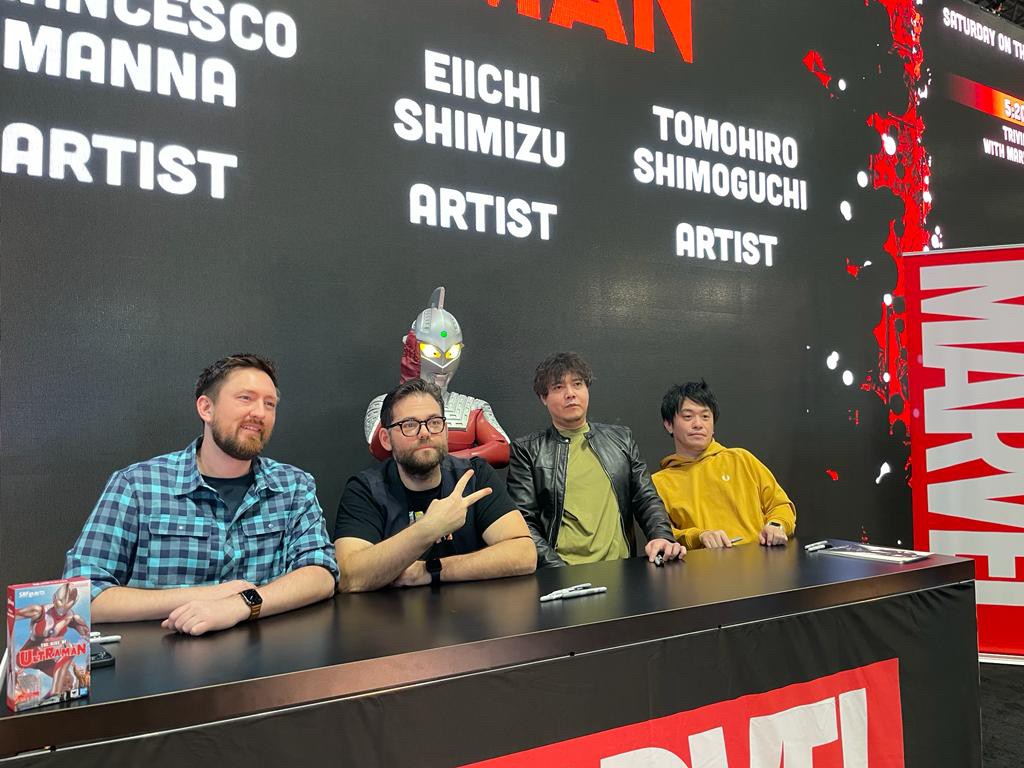 This is another attempt for Tsuburaya Productions to participate in large overseas conventions, following the Anime Expo 2022 in July, one of the world’s largest anime events, held in Los Angeles.

Please look forward to the newest Ultraman titles, endeavoring to attract attention from all around the world.

■Announcements of Ultraman published by Marvel Comics Project, made  to accommodate the Ultraseven 55th anniversary! 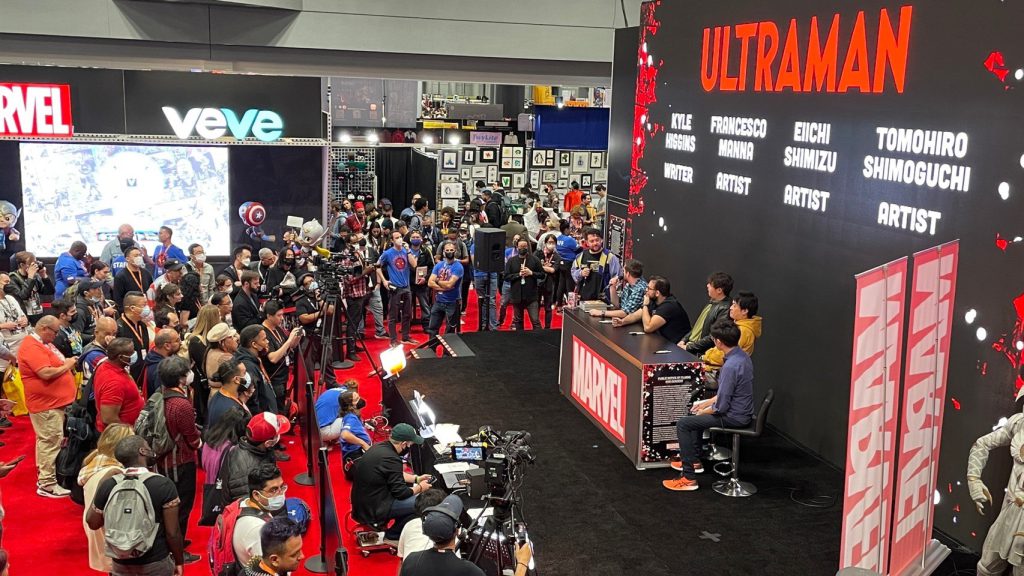 Artist Francesco Manna and writer Kyle Higgins of the Ultraman comics, appeared on the Marvel stage to talk about the highlights of the of Mystery of Ultraseven. The titular character Ultraseven made his debut in a TV series that reached its 55th anniversary since its first broadcast in 1967. Moreover, they talked about the crossovers of Ultraman and the Marvel superheroes, and how the project is going.

At the same panel, the original creators of the comics ULTRAMAN, Eiichi Shimizu and Tomohiro Shimoguchi, were on stage and announced that they have worked on the variant cover for The Mystery of Ultraseven.

The announcement by the splendid artists was greeted with enthusiastic applause from the audience, and at the autograph session was a scene that showed the high level of enthusiasm of the local fans, with a long line of people waiting for autographs that stretched outside the booth.

The Marvel booth was the site of a multi-day distribution event, and the release of the New York Comic Con exclusive S.H.Figuarts ULTRAMAN [THE RISE OF ULTRAMAN] (Bandai) added fuel to the fire of fan excitement. 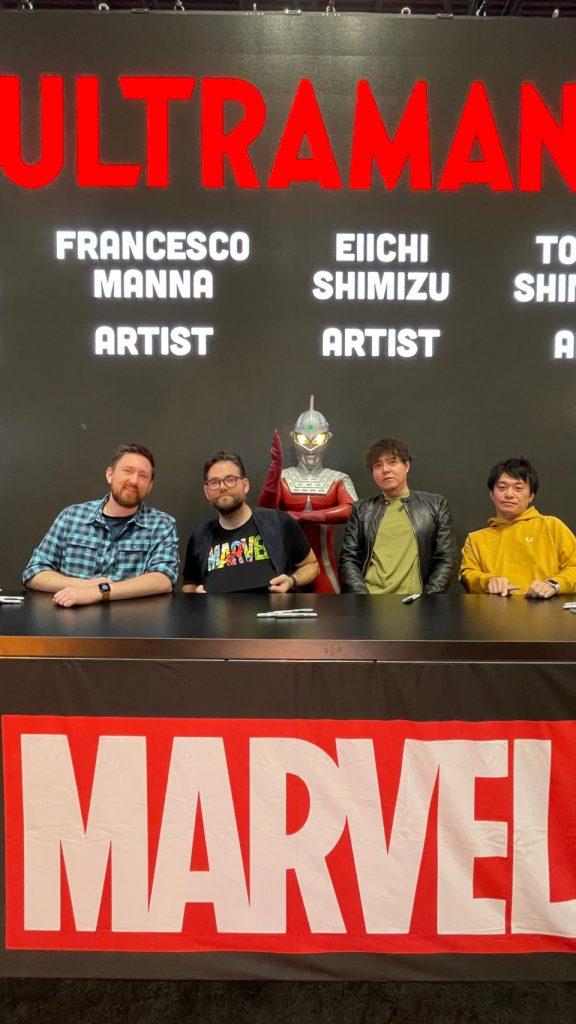 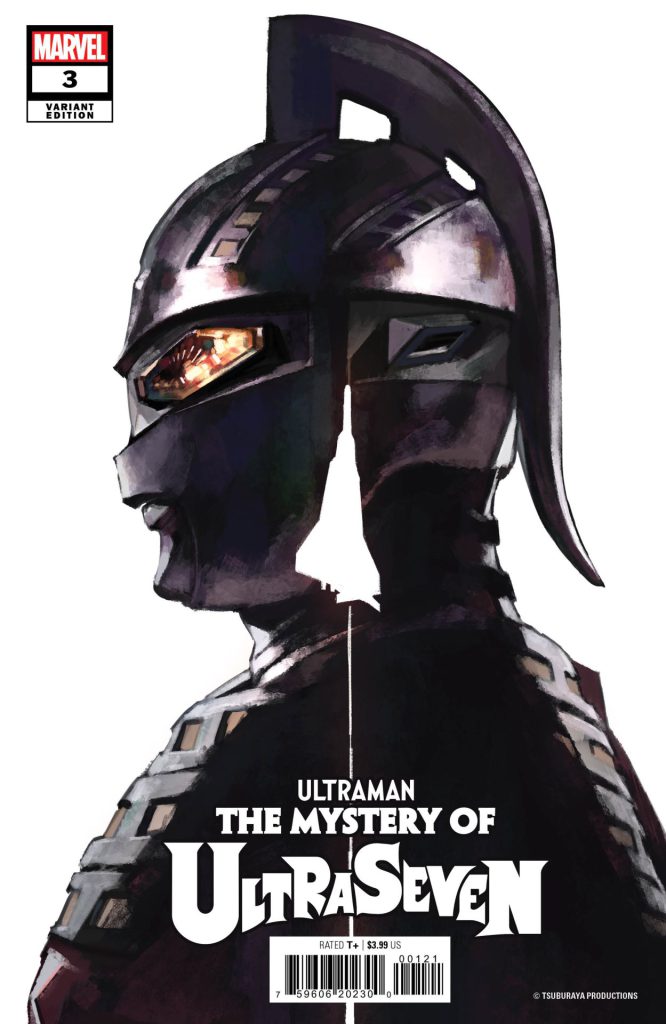 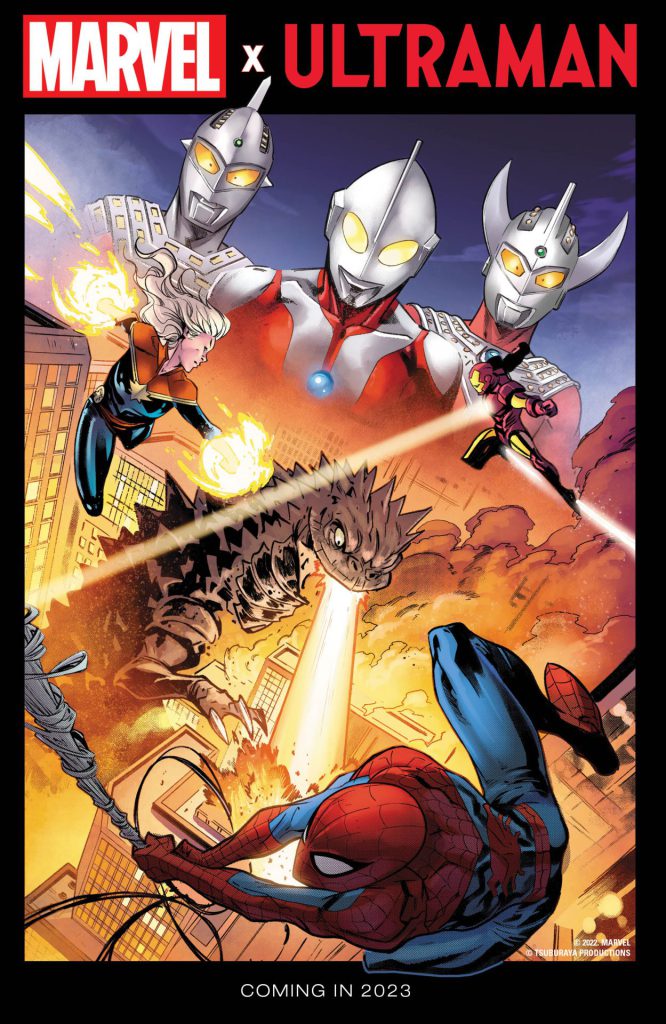 ■World’s first look of the teaser poster for the anime ULTRAMAN Final Season. 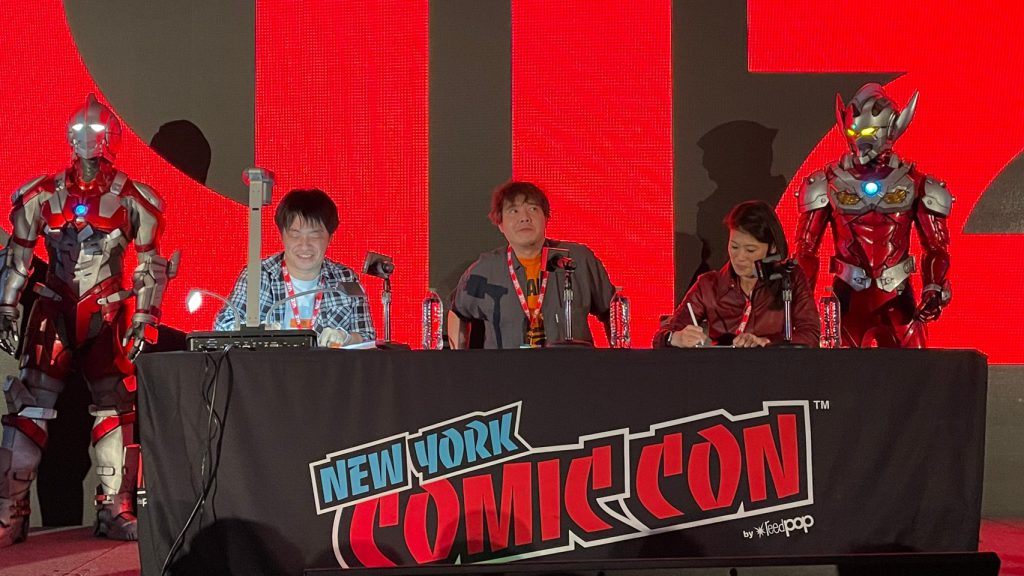 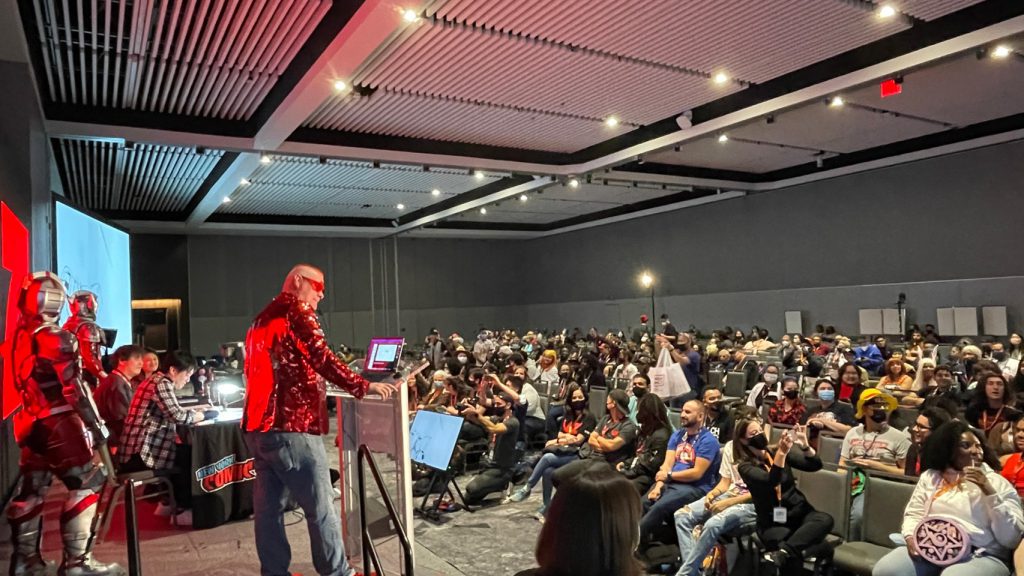 Eiichi Shimizu and Tomohiro Shimoguchi, authors of the comics that the ULTRAMAN anime is based on, took the stage at the panel talk presented by VIZ Media, a major American publishing company.

The original comics were published in various languages and the anime version streamed on Netflix is about to reach its final season next spring, which the fans eagerly await.

At the panel, a teaser poster for the anime ULTRAMAN final season drawn by Shimizu and Shimoguchi was introduced, with them leaving a comment full of excitement saying, “we believe it depicts an alternative ending that was not shown in the original comics.” 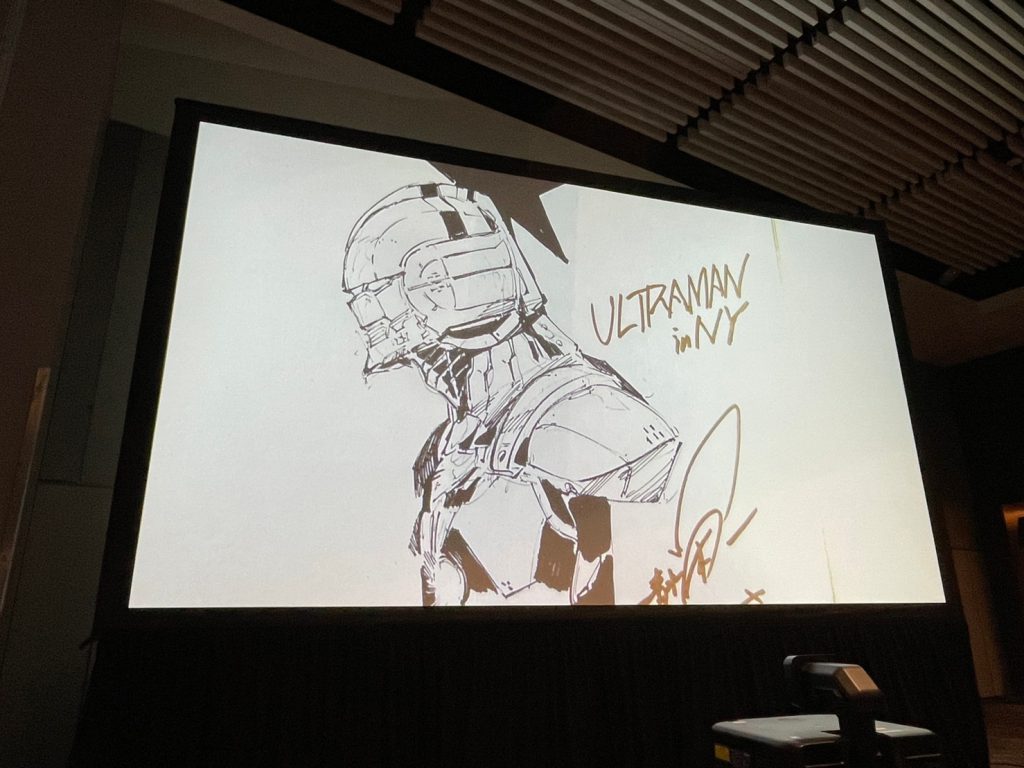 Moreover, there were live drawings that gathered great enthusiasm from the fans, indicating the popularity of the anime ULTRAMAN.

■A special screening of Shin Ultraman!

There was a special screening event for New York Comic Con attendees that was held prior to the North American release of the movie Shin Ultraman, a film which drew approximately 3 million viewers in Japan.

The screening gathered applause and cheers from the fans. 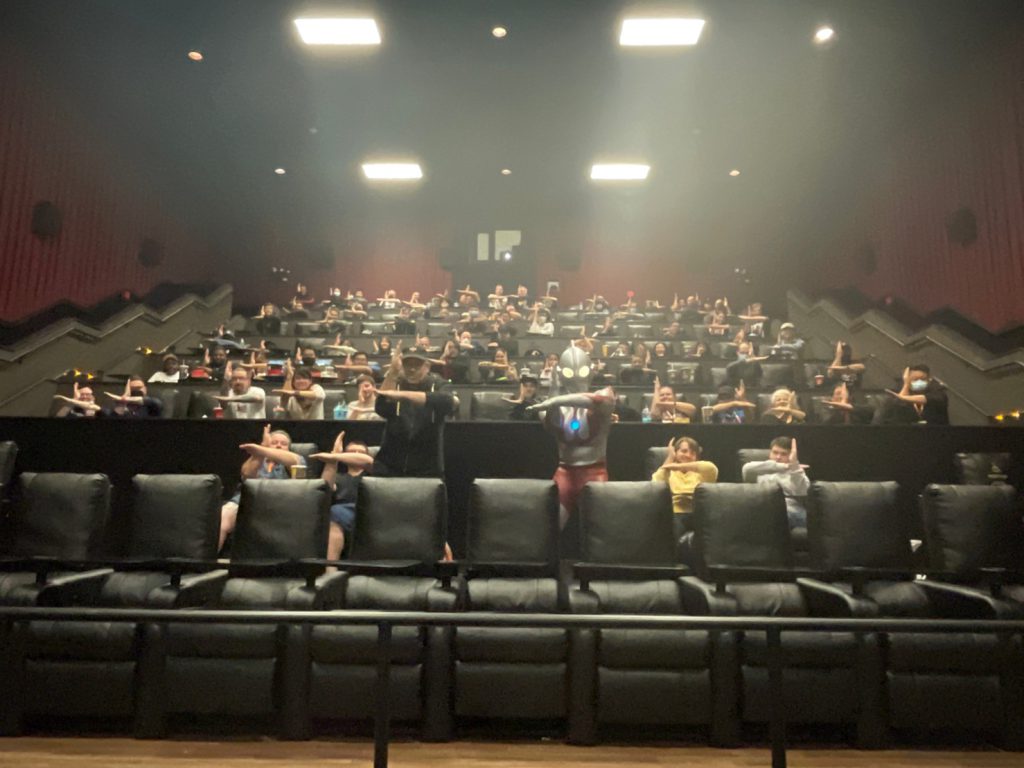 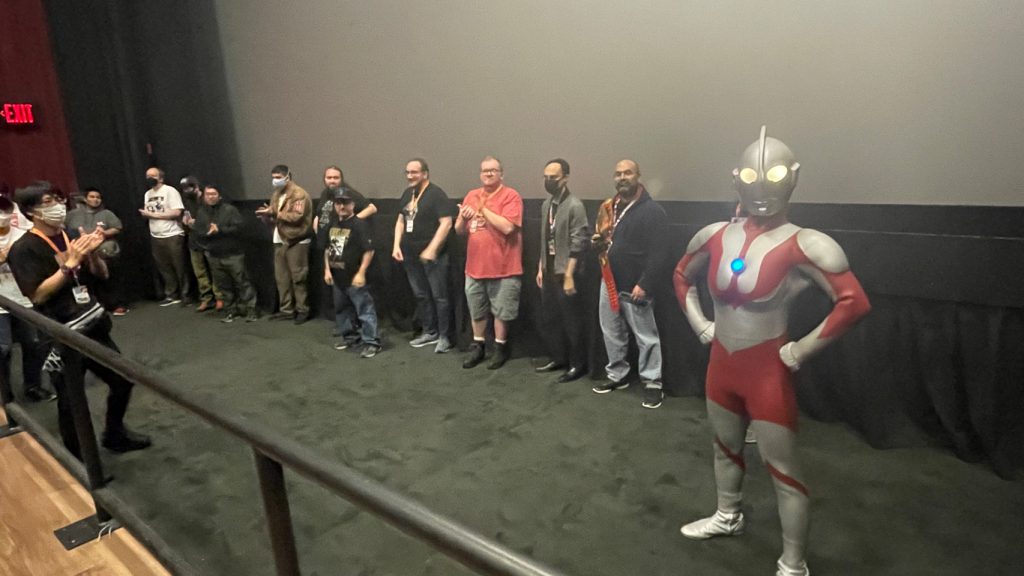 In addition to these events, various other initiatives were held at the New York Comic Con, including talk panels for each film and meet-and-greets with Ultra Heroes. These initiatives promoted the latest titles to approximately 200,000 fans. The successful event showed the great expectations local fans have for the future of the Ultraman series! 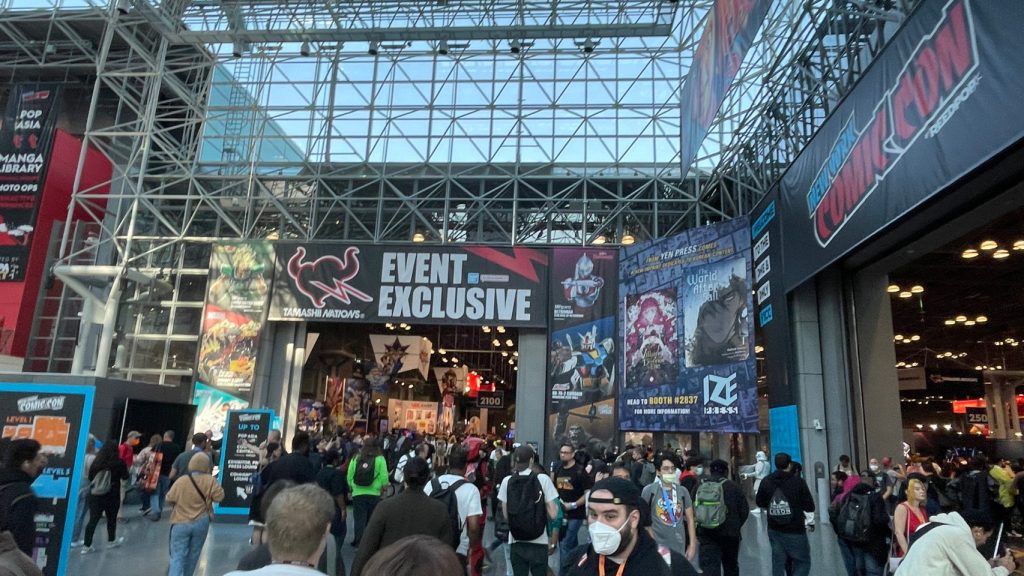 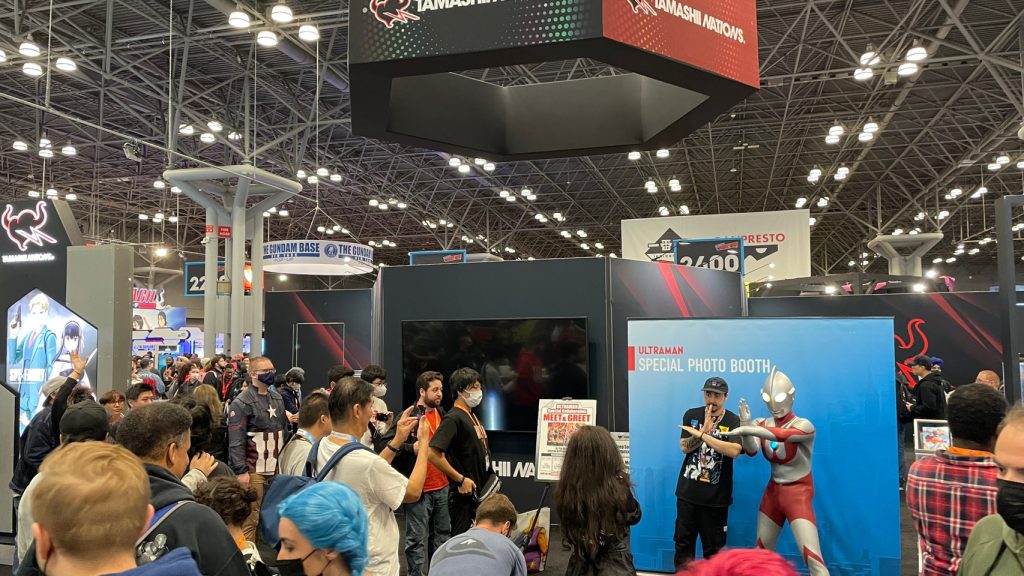 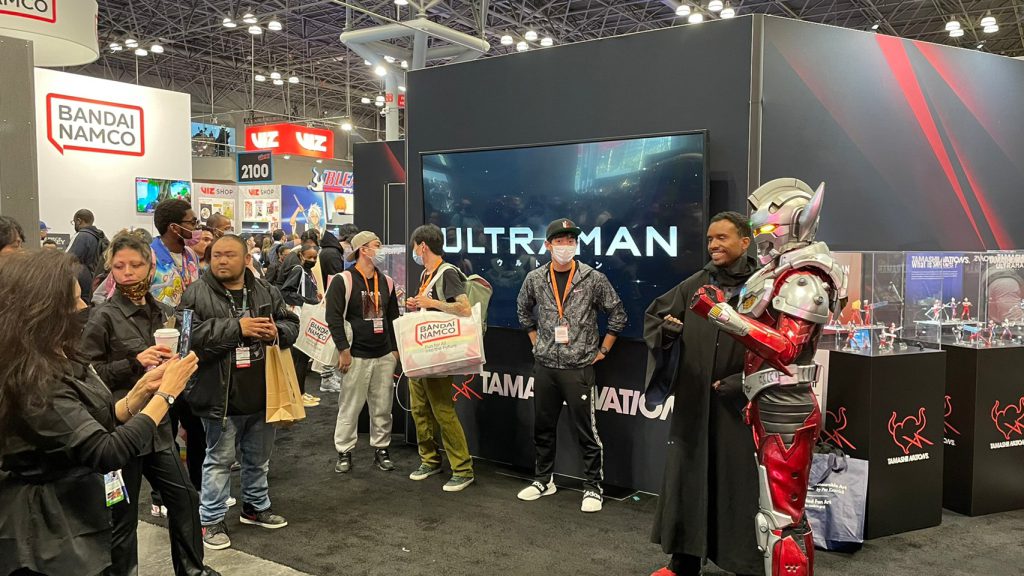 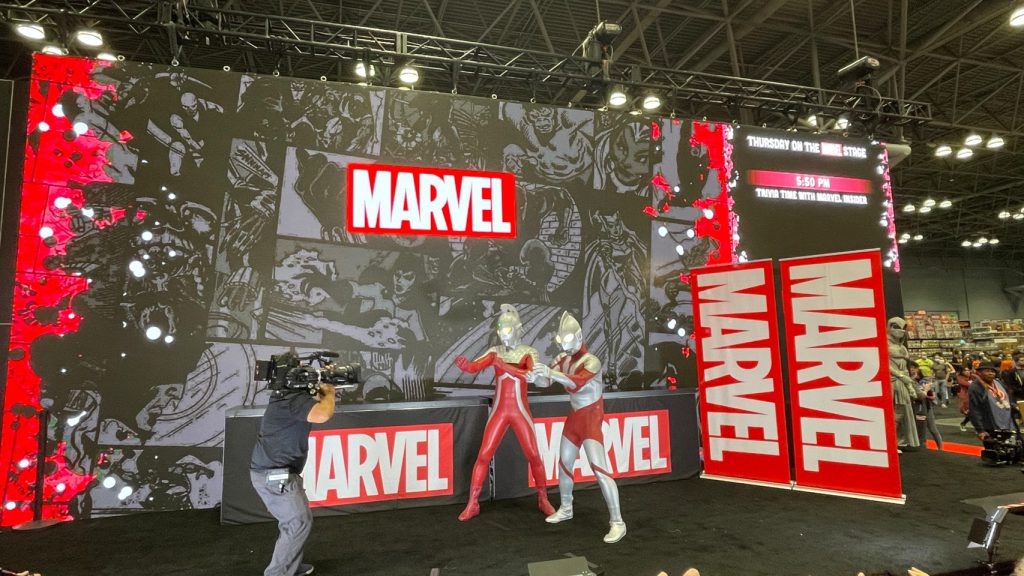 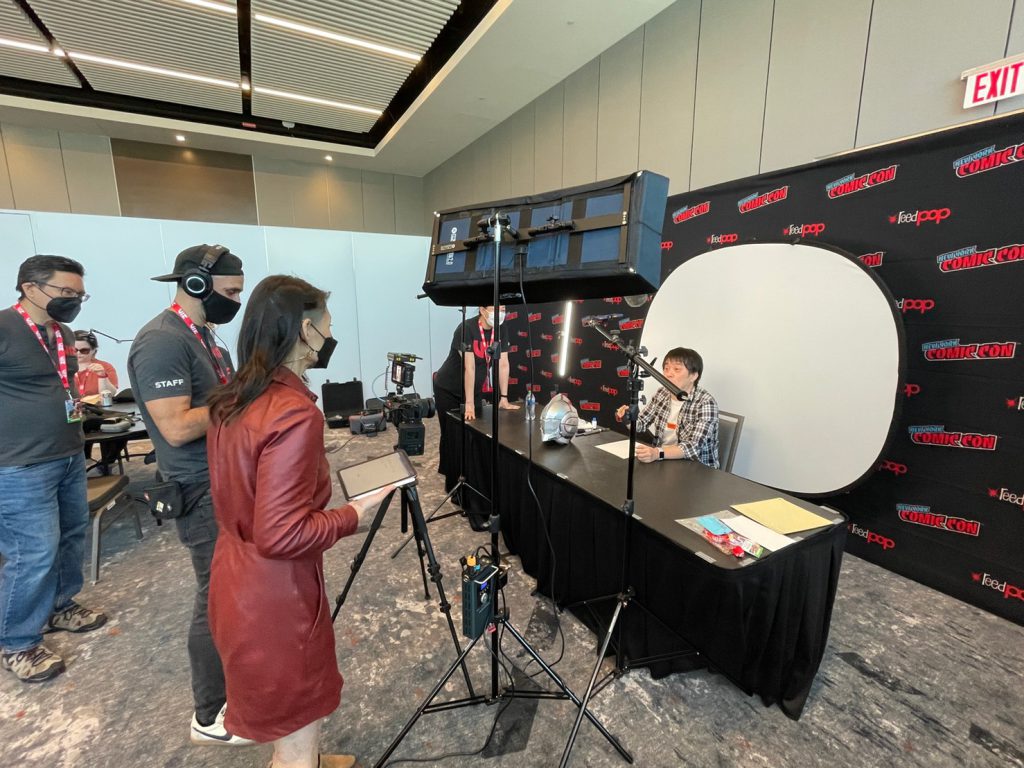 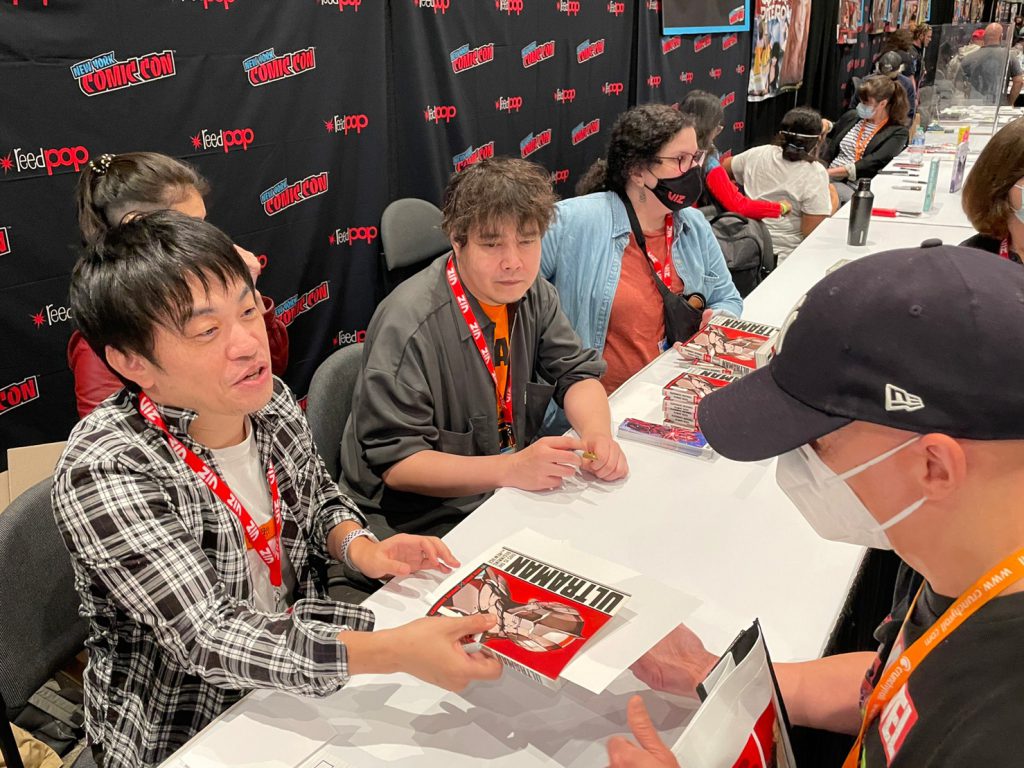 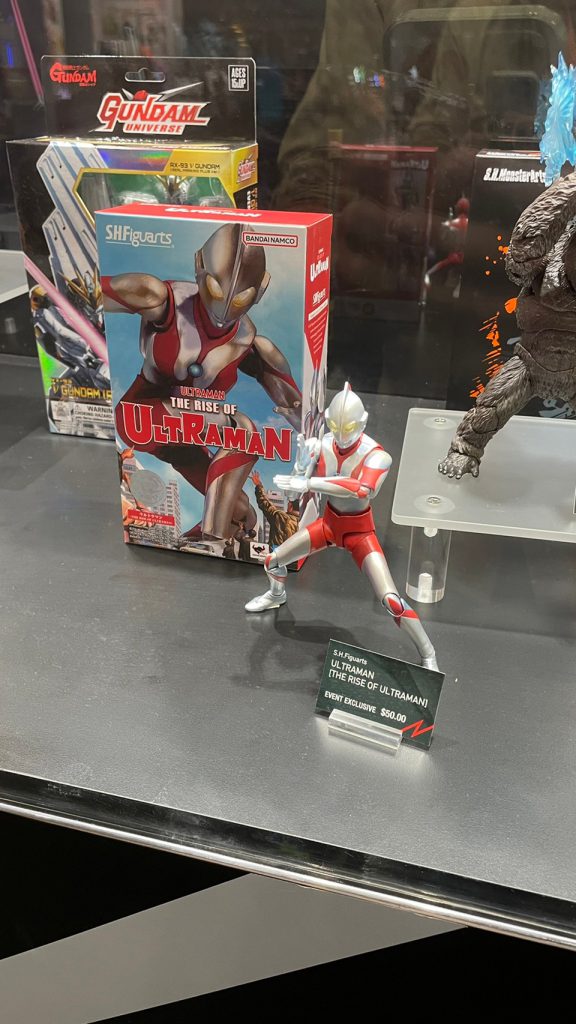 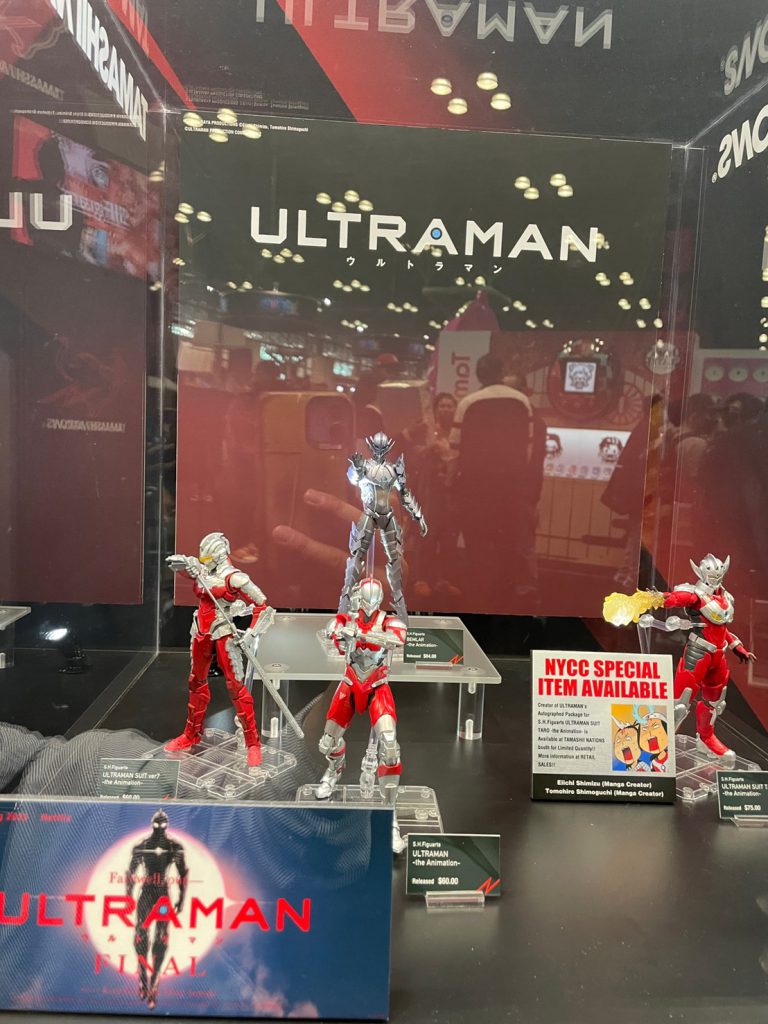 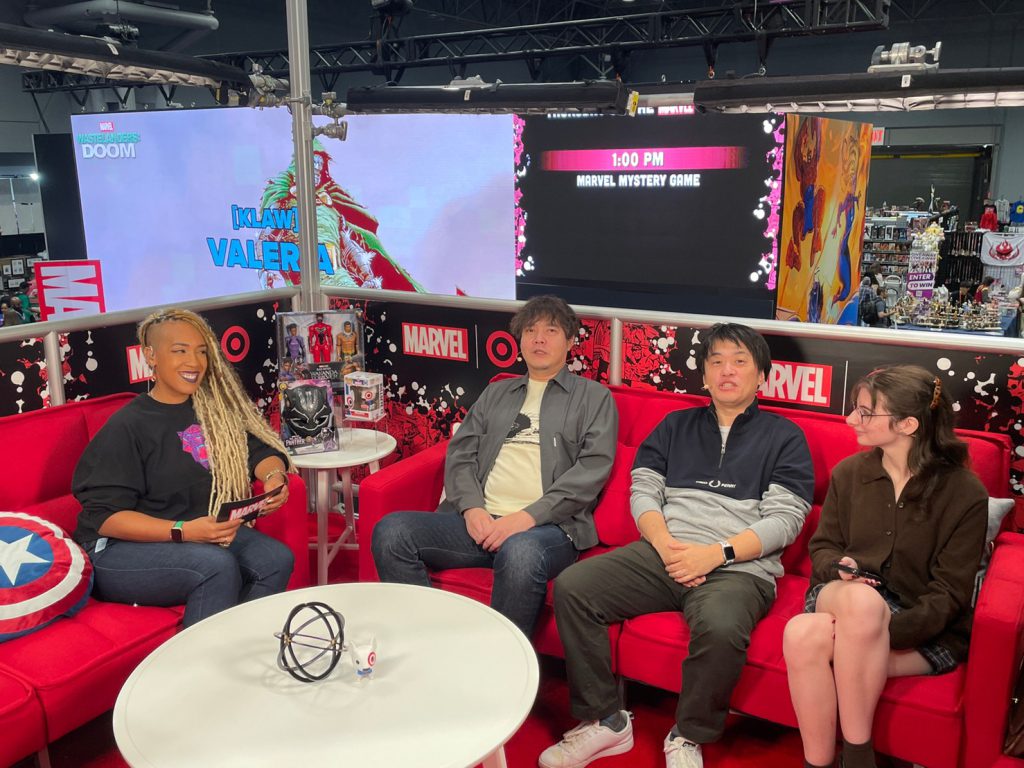 Issue 3 title: The Mystery of Ultraseven

To be released on Netflix next spring.

Conventional weapons have no effect on them. Having exhausted all other options, the Japanese Government issued the S-Class Species Suppression Protocol and formed an enforcement unit, known as the SSSP.

In the midst of a Kaiju threat, a silver giant appears from beyond Earth’s atmosphere.

Analyst Hiroko Asami (played by Masami Nagasawa) is newly appointed to the SSSP to deal with this giant and is partnered with Shinji Kaminaga.

In Hiroko’s report, she writes—

The New York Comic Con (NYCC) is the largest Comic Con on the East Coast, attracting more than 250,000 fans from around the world for a celebration of pop culture.

SHIN ULTRAMAN Will be Released at th…